London’s first Trans* choir, designed to make use of unique voices and offer a safe and welcoming environment for all of us to be heard. The choir is non-auditioned and open to all; we’ll never ask you to disclose or prove your identity. If you feel this is the choir for you, you are welcome.

We have three upcoming open rehearsals, Jan 19, Feb 2, and Feb 16, after which new members will need to wait for our next season (summer) to join. Rehearsals are from 11-1, and are held at Aegis Productions, 95 Brandon St, Walworth, London SE17 1DY. The space is accessible and has gender-neutral loos. 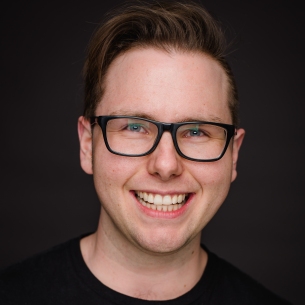 Stephen has been an active musician for over a decade. He holds a BMus (Performance) from the University of British Columbia and an Mmus (Solo Performance) from McGill University. Stephen has performed with the Vancouver Symphony Orchestra, Vancouver Miniaturist Ensemble, Designs in Harmony Orchestra, Letter Four Quartet and behind open doors arts collective. He was a featured performer at Bohlen-Pierce Symposium, Boston, Listening Bodies Symposium, Montreal, Mercredimusics series, Montreal and Sonic Boom, Vancouver. Stephen is in the UK as the result of a generous grant from the Canada Council for the Arts.

As an actor Stephen is Artistic director of Improvable, QI: Queer Improv, Carmen: A gender-swapped Film Noir Fantasy, and co-director of Zeal: The Pride Improv Festival. He currently also plays with The Verbs, an improvised musical, in Castles in the Air, an improvised Studio Ghibli film, and in duo The Happiest People in the World with Erick Castellan. Stephen teaches improv through Improvable and the Nursery Theatre, and is also a diversity officer for Hoopla Improv.

Stephen loves to perform and is one of the world’s most cheerful people when playing or teaching. His day job as a clarinettist, conductor, and music teacher, and his evenings as an improviser mean he feels wonderfully at home on stage. When coaching both music and improv he prides himself of creating a positive environment so that players can perform at their best.